Can Novak Djokovic recover in time for Taylor Fritz?

Who will be the fourth and final player to make the semifinals at the ATP Finals?

Novak Djokovic will return to Melbourne to seek a 10th Australian Open title.

Novak Djokovic booked his 11th semifinal at the ATP Finals.

Casper Ruud is the first player to reach the semifinals in Turin.

Looks like Novak Djokovic will be back in Melbourne in January.

Just like we thought at the start of the year, Carlos Alcaraz would finish No. 1.

Novak Djokovic is 14-1 in opening round matches at the ATP Finals.

The 18 countries are now confirmed for the first edition of the United Cup, a new annual mixed teams event taking place across Brisbane, Perth and Sydney from Thursday 29 December to Sunday 8 January 2023.

Bulgaria will join Greece and Belgium in Group A in Perth. Kazakhstan will join Poland and Switzerland in Group B in Brisbane.

A blockbuster opening session in Perth will feature world No.4 Stefanos Tsitsipas of top seeded country Greece, up against former world No.3 Grigor Dimitrov of Bulgaria on Thursday 29 December at RAC Arena.

The United Cup, an ATP-WTA event presented in partnership with Tennis Australia, offers USD $15 million in prize money and up to 500 Pepperstone ATP and 500 WTA rankings points.

Brisbane, Perth and Sydney will host the...

Alex de Minaur fired Australia into the semi-finals at the Davis Cup Finals Tuesday when he overcame Botic van de Zandschulp 5-7, 6-3, 6-4 to move the former champion into an unassailable 2-0 lead against the Netherlands in Malaga.

The World No. 24 showed his fighting spirit in his comeback victory, saving all five break points he faced in the second and third sets to triumph after two hours and 40 minutes.

“We’ve got a great team, a lot of belief and a lot of passion,” De Minaur said according to daviscup.com. “I’m very happy to win today. Every single one of these players on our team is going to play their heart out. We’ll do everything we can for our country.”

Switzerland’s Riedi advanced through qualifying en route to claiming his maiden title at the Helsinki Challenger while Shelton continued his historic Challenger Tour run at the Champaign (Illinois) Challenger, where he collected his third straight Challenger title and extended his match-winning streak to 15.

Riedi defeated Czech Tomas Machac 6-3, 6-1 in the final at the HPP Open in Finland. The 20-year-old won seven matches in eight days to win the Challenger 90 event.

“It’s the best feeling in the world,” Riedi said following the title. “My goal all week was to, no matter what, stay positive and I think that’s what got me here.”

Riedi has made a sudden impact on the...

Planes, trains, and automobiles are a weekly theme for ATP Challenger Tour players as they work hard for points, prize money, and trophies. The travel schedule can be gruelling at times, but the players stay determined as they persevere towards a similar goal: becoming the next professional tennis star.

Finland’s Otto Virtanen recently had an extensive trip that saw him collect two Challenger titles and win 10 matches in 11 days (singles & doubles). After winning the Brest Challenger doubles title (w/ Viktor Durasovic) in October, the 21-year-old quickly departed for the Bergamo Challenger, where he advanced through qualifying en route to collecting his maiden Challenger singles crown.

“I flew after my doubles [in Brest] to Paris, from Paris to Milan, then Milan to Bergamo by car,” Virtanen said. “I had a very late first match and I played really well. I just went day-by-day and kept playing well. Every day I kept gaining confidence and in the [Bergamo] final I...

Novak Djokovic defeated Casper Ruud 7-5, 6-3 in the Nitto ATP Finals title match Sunday in Turin, with his run-around forehand proving to be the difference-maker from the back of the court. Djokovic is widely thought to have the premier backhand in our sport, but it stood second fiddle to his run-around forehand when he was playing out of the Ad court.

This final was always going to be about control of the Ad court, as that is how Casper Ruud loves to organise his baseline patterns of play. According to Infosys ATP Second Screen, Ruud directed 75 per cent of his backhands cross court through the Ad court and 41 per cent of his forehands.

His goal was to lock Djokovic in the backhand cage and overwhelm him with a copious amount of backhand groundstrokes. It’s a strategy that often frustrates opponents and provides them with few offensive options. It has been a key pattern of play in Ruud’s run to the final in Turin.

Novak Djokovic made more history on Sunday when he captured a record-equalling sixth Nitto ATP Finals crown in Turin. Following his straight-sets victory against Casper Ruud, the Serbian revealed that the fire within him burns as bright as ever.

“I don't know what the future holds, but I know that what I hold in my mind is a huge hunger still to win trophies,” Djokovic said in his post-match press conference. “[To] make history in this sport, compete on the highest level all around the world, bring good emotions to sports fans, tennis fans. That's what drives me a lot.

“I have a lot of different motivational factors, and I don't lack any motivation for the moment. Of course, we all have bad days or bad weeks. But generally the feeling is still there.”

The 35-year-old, who is up to No. 5 in the Pepperstone ATP Live Rankings, dropped just one set en route to the title in Turin to become an undefeated champion. Djokovic admitted that he felt close...

Ivanisevic On Djokovic: 'He's Still Going To Be Even Better'
6 min 44 sec

Goran Ivanisevic revealed a scary concept for the rest of the ATP Tour on Sunday evening. After Novak Djokovic won a record-tying sixth Nitto ATP Finals trophy, his coach said the Serbian will still improve.

The 35-year-old shattered the record for oldest champion in tournament history. Roger Federer previously held that record having triumphed aged 30 in 2011.

“Look at Roger couple years back. Look at Rafa. Look at him. They all talk about, yes, young players are coming. It's great for the tennis… You have [the] youngest No. 1 in the world who made unbelievable things this year, Carlos [...

Casper Ruud, by his own estimation, overachieved during the 2022 ATP Tour season. Following his defeat to Novak Djokovic in Sunday's Nitto ATP Finals title match, the 23-year-old Norwegian will finish the year at World No. 3 in the Pepperstone ATP Rankings.

His lofty position is reward for three tour-level titles this season, and an additional four finals at some of the biggest events on the calendar: Turin, the US Open, Roland Garros and Miami.

"In the end it's been disappointing to end up losing these big finals," Ruud said, reflecting on the past 11 months. "Overall, if you gave me an offer to end the year at No. 3, play the finals that I've played, at the 1st of January this year, I would probably sign the contract right away. No doubt about it."

Asked again about his record this year in finals, he later added: "It gives me motivation and a hunger to maybe next time, if I ever get to another final like this... I hope I can learn from what...

The 35-year-old again extended his lead in the 'Big Titles' race when he defeated Casper Ruud 7-5, 6-3 in the championship match at the Pala Alpitour. He now owns 65 'Big Titles', which are

trophies at a Grand Slam championship, the Nitto ATP Finals, an ATP Masters 1000 tournament or an Olympic singles gold medal.

Djokovic owns six more 'Big Titles' than any other player in history, with longtime rival Rafael Nadal (59) his closest competitor. Outside of Djokovic, Nadal and Federer (54), no other player holds more than 30 of the prestigious crowns (Pete Sampras, 30).

The Serbian first triumphed at the year-end championships in 2008, when the tournament was called the Tennis Masters Cup. Djokovic has obliterated the record of biggest gap between first and most recent Nitto ATP Finals titles at 14...

Jamie Murray believes hitting the landmark of 500 tour level wins is "a cool thing to have achieved" and hopes to keep playing into his 40s.

Novak Djokovic is one step away from his first ATP Finals crown since 2015 after defeating Taylor Fritz in straight sets.

Rafael Nadal beats Casper Ruud in straight sets to end the ATP Finals with victory despite not reaching the semi-finals in Turin.

Female competitors at Wimbledon will be allowed to wear dark-coloured undershorts from next year to "relieve anxiety" of playing on their period.

Novak Djokovic confirms he will play at next year's Australian Open, saying he is "very happy" his visa ban had been overturned.

The Serbian tennis star was deported from the country in January in a row over his vaccine status.

Rafael Nadal's hopes of a first ATP Finals title are over after he was knocked out of the tournament in the group stage.

Roger Federer and Serena Williams have retired after becoming two of the most successful players ever, in terms of trophies, money, fandom and marketability.

Rafa Nadal and Iga Swiatek both broke records, while Serena Williams and Roger Federer provided tear-filled goodbyes. We name the best comebacks, top players and more in an extraordinary year.

After protests about the strict all-white-attire policy during the 2022 event, Wimbledon has agreed to allow women to wear colored undershorts.

Novak Djokovic has been granted a visa to play in the Australian Open after the immigration minister overturned a potential three-year exclusion period.

Novak Djokovic and Casper Ruud will meet in the final of the ATP Finals after notching straight-set victories in the semifinals. Djokovic is looking to win a record-tying sixth ATP Finals title.

Andrey Rublev rallied from a set down against Stefanos Tsitsipas to reach the semis of the ATP Finals, where he will face Casper Ruud.

Taylor Fritz advanced to the final four of the ATP Finals and will face Novak Djokovic in the semifinals.

Player compensation on the ATP Tour and the lower-level ATP Challenger Tour will rise to a record $217.9 million combined in 2023, thanks to a $37.5 million increase that is the largest single-season jump for the men's tennis circuit.

Novak Djokovic eased into the final four of the ATP Finals with a 6-4, 6-1 win over Andrey Rublev on Wednesday.

Australia were beaten in consecutive matches in Malaga.

Colombia will choose the surface for the match in February.

Italy defeated USA before Canada came from 1-0 down to see off Germany.

Can Novak Djokovic recover in time for Taylor Fritz?

Who will be the fourth and final player to make the semifinals at the ATP Finals?

Novak Djokovic will return to Melbourne to seek a 10th Australian Open title.

Novak Djokovic booked his 11th semifinal at the ATP Finals.

Casper Ruud is the first player to reach the semifinals in Turin.

Looks like Novak Djokovic will be back in Melbourne in January.

Just like we thought at the start of the year, Carlos Alcaraz would finish No. 1.

Novak Djokovic is 14-1 in opening round matches at the ATP Finals. 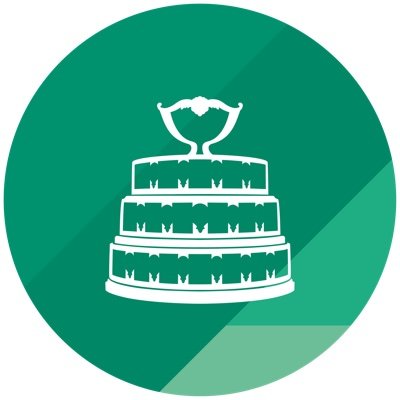 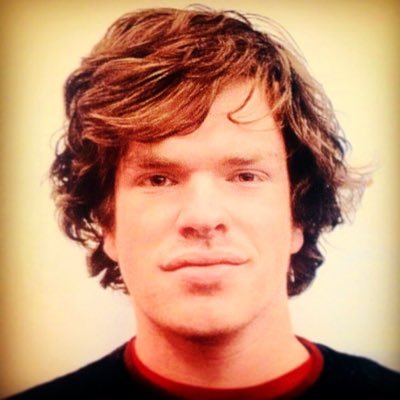 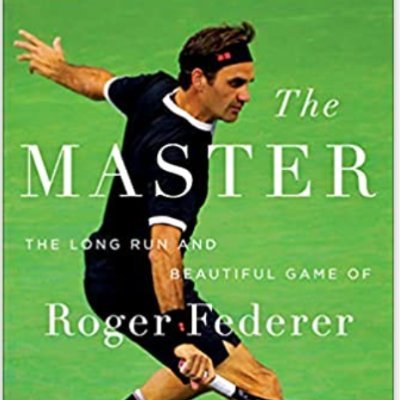 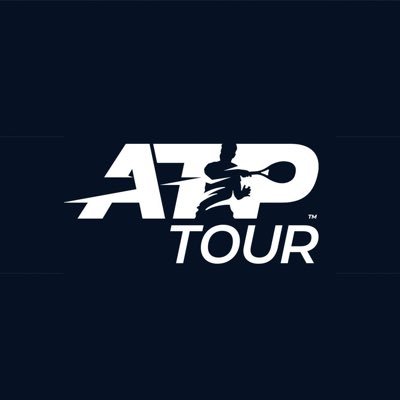 ATP Tour @atptour - 16 hours
The LOVE #TennisArtProject collection goes on sale on 6 December. Head over to https://t.co/RCKsDdflse to find out more! 8/8

ATP Tour @atptour - 16 hours
The outputs serve as an artistic record of eight incredible days of tennis at the #NittoATPFinals 🎾 And...you won’… https://t.co/xjUf3EOjAZ

ATP Tour @atptour - 16 hours
👉We add colour, ensuring that each composition reveals at least one line and two fields of colour. 6/8 https://t.co/wm77cJEO1l

ATP Tour @atptour - 16 hours
👉We start with the ball. Wherever it lands, we mark it. Underneath each ball is a shadow-like ellipse that indicate… https://t.co/ZseFjpKnoc

ATP Tour @atptour - 16 hours
👉Over 30 colour palettes, 114 camera angles, and many zoom levels work in collaboration with the lines on the court… https://t.co/ettTBH4M7X 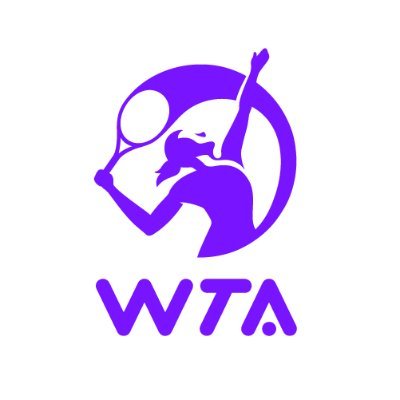 wta @WTA - 2 days
Plenty of multi-talented players on the Tour... 😏⚽️ QRT or reply to this with your BEST WTA (5-a-side) football te… https://t.co/iuQOxBinzL