Some people will read the title of this blog post and shudder, some will know it is a part of the game and have no problem with it.

This may make a few feel better about their £2 red!

From a personal standpoint I do not much like taking a loss but have learnt to find joy in when the market proves you right and you got out at the right time.

As I have said before I often trade out for scratch or small loss but very rarely take any significant loss, purely because I believe there is no value in it unless you can gain a significant portion of your stake back (50% plus). I am not saying this is the right thing to do but it works for me and often when a trade goes south very quickly it will come back around at some point.

An argument I would make for this strategy is that I took the trade for a reason, so unless I am sure my views were wrong, why take a loss just because the market has gone against me? One thing to remember about trading is that it is very rare for a price to just steam in consistently until the market is closed, there are often many swings and in fact two different opinions could be proved right within the market. A good example of this is Norway v England women, Norway went 1-0 up and England went on to win 2-1. You could have backed either team and hedged for a massive green when they took the lead during the match. Had you taken the loss when England drifted to 20 at 1-0 down you would have been kicking yourself at full-time.

So when do I trade out for a scratch or a small loss?

Well there have been a couple of examples this week, one was England v Italy under 21s, I tipped England with 0-0 cover but as soon as I did the game turned and Italy started to dominate. I wait for a few attacks not just one or two and then if there is consistent pressure in the wrong direction I am happy to take a small loss or scratch. (Beauty of covering 0-0 is that you will probably be able to take a very small green if score-line is still 0-0 when you hedge). Italy went on to win 3-1 and I was very pleased that I was able to correct my original error.

Circumstances warrant taking a loss, certain events such as a red card in football will change the state of the game to the extent that your original bet is not what you really had chosen. When you backed a team to win with eleven men you did not expect them to go down to ten. In this spot I will take the loss as invariably the momentum will change and if the team with eleven men score, you are finished! 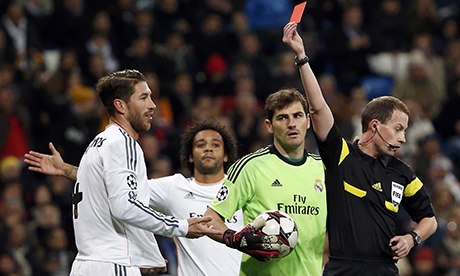 Sometimes I just read the game poorly, I made the wrong call and rather than hope it goes my way I take the hit. It is much better to trade for scratch and small loss than live in hope, when you have no edge whatsoever.

Don’t be too tentative! It can be tempting to take a loss or scratch as soon as the other team or opponent has any momentum but if you hedge immediately you will lose over time, it is important to make sure the pressure is constant and not just a random occurrence within the match. Even a tennis player who is getting hammered will hit the odd stunning winner but you can’t run scared whenever that happens.

Talking about a loss:

I think people often struggle to talk about losses, not many like to remember them or think about them. I have talked before about the value that can be gained from learning from a loss, or accepting them as part of the game.

We should talk about them though and help others learn through them, some losses will be variance some will be our mistakes, if they are our mistakes it is imperative that we learn from them! If you find yourself making the same mistake over and over again then you must stop doing it, easier said than done of course but that really is something only you have control over. So just do it!

Trading styles differ and you will find what works for you, just keep doing the things that work and you will learn when to take the losses and when to stay in. It really is a lot of trial and error and it won’t happen overnight.