Who Is Making The Money? | Betfair Trading Community
Skip to main content

If you are not a member…why?

We have been trading so many sports recently and and making great profits.

BUT I am here to talk how one of our members has made over £300 from £50 stakes! We have one member who is what can only be described as a beast when it comes to cricket. He has magic powers and has been making members money this week on his cricket trades!

His trades has left one of the members with over £300 in clear profits!! 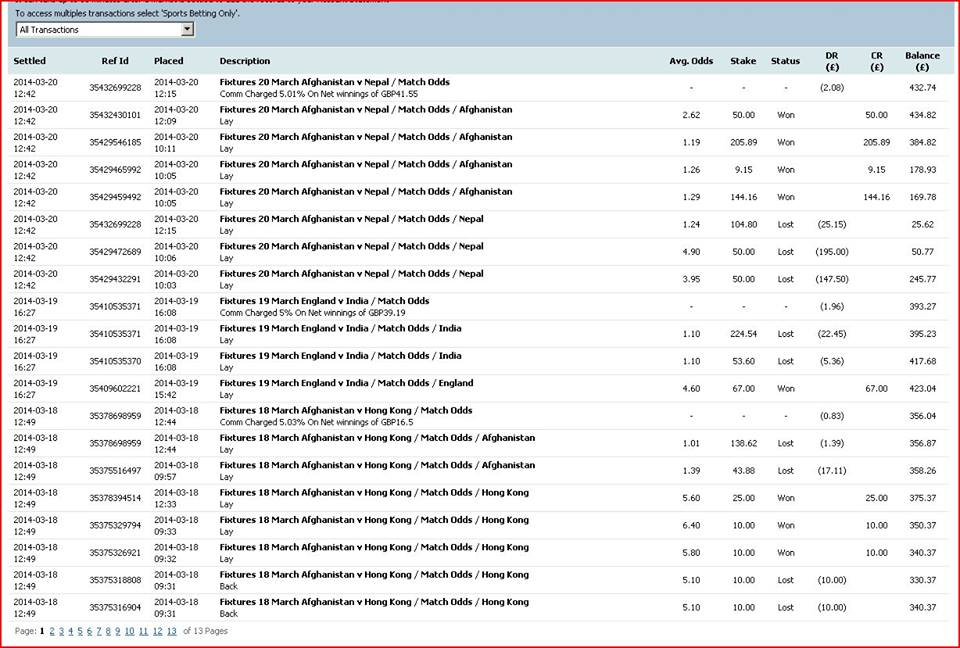 That is just one member, maybe next week it might be you?

So why don’t you join us and get some green screens!