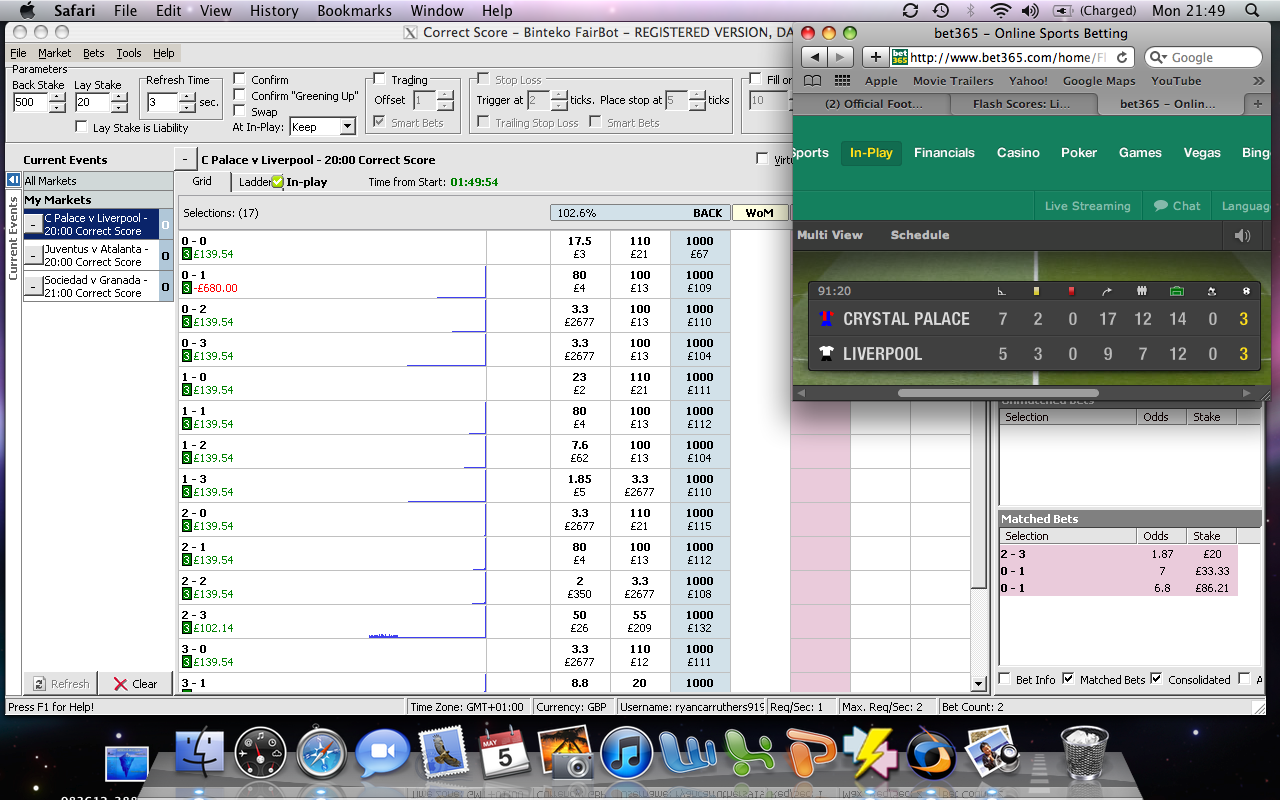 Today was a busy day for me so I got back in and checked the games, Lazio v Verona was the first game I found which I quickly checked to find that these two teams are more than capable of scoring more goals and I layed the 1-1 in this game, shortly after I heard those words we all like to hear…. ‘this market has been suspended’ it was a real one not just Betfair scaring us!

I now was happy I had some profit, I moved onto the Liverpool game at 0-1 Liverpool going forward chasing goals and scoring over 90% in their second half you fancy them so I layed the 0-1 then in we go 0- before we know it, I was talking to a trader friend and at 2-3 he said lay off some of that profit at 2-3 so I layed off £10, perfect for anybody to do in this situation. you still have the profit should nothing happen but should another goal come in you get more profit, as we all know 3-3 I had this profit now…

So now we are looking at a cracking profit, just to show I am not perfect I lost money on Sociedad.

What the plan here was that it would not be 0-0 so I layed the 0-0 but I also thought it would not hit the AU so I layed that as well, I like to lay the AU in a football match for the first 15-20 mins as it move nicely while there are no goals, then you can trade out, this gave me a lot longer in the game before I had to trade out for a loss.

So from these trades I was given a good profit of over £300!

I hope you all had a good bank holiday!