Hi everyone, given that our membership has trebled from 100 to over 300 people this year so far, I wanted to write a blog post to help what are assumedly a lot of newbie traders. (Originally wrote this in January but only just publishing it!).

So, I thought I would write about one of my favourite and most profitable trading strategies, laying at low odds. The reason I want to talk about this is that it is fairly easy to implement and carries such little risk that even if it goes wrong you will not lose much money.

The premise of this strategy is very simple, find a market where the odds are very short (somewhere between 1.01 and 1.3 as a rule of thumb) and lay the short price. The main thing to look for is when a market thinks the event is pretty much over but yet the event may still have a good way to go. Pick sports which have huge swings regularly, like Cricket, NFL and Tennis.

T20 cricket is a great sport for using this strategy, often a team will trade sub 1.2 even before a chase has begun! The market is saying ‘this one is over’ but in reality it is far from over (there are still 20 overs left) a couple of early wickets and the price will shoot out to 1.5+. I almost lay out of principle in T20 when a team hits 1.1 as it bounces back out for a decent green most of the time.

The NFL is another good sport to try this out with, the other day the Denver Broncos started a game v Indianapolis Colts as 1.29 favourites on Betfair. 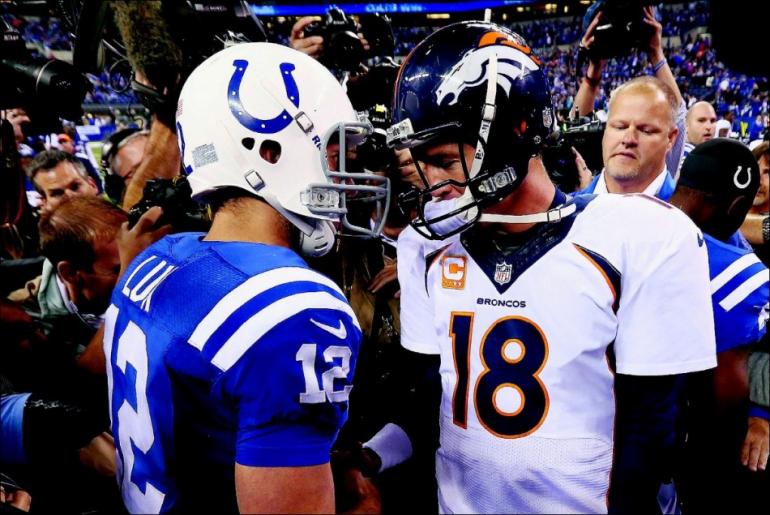 When Manning scored for Denver the price crashed in to 1.14, with still about 50 minutes of the game left this was crazy! So I layed the Denver at 1.14 knowing the worst that could happen is I would lose 14 ticks, but the best that could happen would be gaining hundreds of ticks. For a £14 liability I could win £100 a risk well worth taking given that if the Colts got back into the game then I would be able to trade out for a big profit. Of course the Colts won quite easily in the end and the members of BTC were very green indeed! (One netted £340 on the trade!)

We did this so often this season that nearly every game gave us good green when laying low, Green Bay traded at 1.01 before losing to the Seahawks, not much of a risk laying that against the Superbowl champions especially as Seattle were playing at home.

If a football team is 1-0 up and there is plenty of time left and they are priced at 1.1 but the stats are in the other teams favour, then lay! You don’t need that high a strike rate to make money.

Tennis can be another profitable sport to try this with, although be aware of retirements when your player is down as sometimes they just pack it in! Ryan Carruthers is the king of tennis trading and is always around to help you out on that sport (so I will not even try to write about it!). 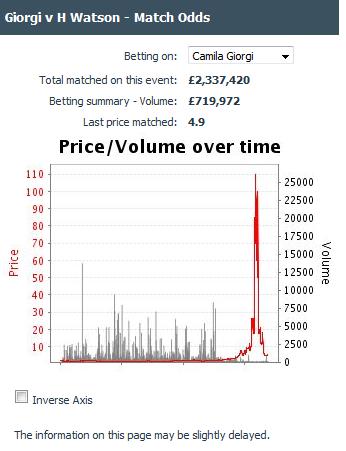 Don’t be afraid to take on the majority, opposing the market when it thinks an event is over is not easy to do psychologically but makes a lot of financial sense, that’s how bookies make their money, laying favourites at short odds that ‘can’t lose’.

So, if you are new to trading why not give it a go, when a price is very short and you think it is too short don’t be afraid to lay it in the hope of greening up later on. You could end up losing your stake a lot of the time but if it is a small liability then you only have to win a bit of the time to make money!

My next post will be about good entry and exit trade points so look out for that!